Veteran Bluesman Colin James has just released his 19th blues album, and that is a lot of music, and a lot of love for the blues.

James has always been a blues purest and his new release reflects that fact. He reaches back to the past for nine of the albums eleven tracks. While he using a backing band, and at times a brass section, his devotion to blues history shines through on his interpretations of gems by Howlin’ Wolf, Muddy Waters, Blind Lemon Jefferson, Little Willie John, Robert Johnson, and the like.

A strong point in the material is his selection of the cover tunes. He has avoided many of the aforementioned blues masters well-know songs and delved a little more deeper into their catalogues. “Ooh Baby Hold Me,” “Soul Of A Man,” “See That My Grave Is Kept Clean,” “Dug My Self A Whole,” and “Still A Fool” are a wonderful ride through blues history with some modern accents.

Colin James is fast becoming one of the grand older men of the blues. Miles To Go is another solid link in the blues chain by a modern day master. 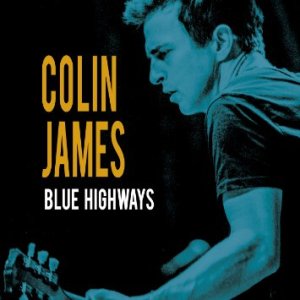 Blues artists Colin James may not be a household name in the United States but in his native Canada, he is a Hall Of Fame guitarist who has won six Juno Awards and 17 Maple Blues Awards. He has now issued his 18th album titled Blue Highways.

His new release was recorded in less than a week, which is not necessarily a bad thing for a blues album as it gives the music an organic feel.

It is an album of blues covers, which are taken from several different eras. Peter Green’s “Watch Out,” “Going Down” by Don Nix, Robert Johnson’s “Last Fair Deal,” Blind Willie McTell’s “Ain’t Long For Day,” and the Howlin’ Wolf/Jimmy Reed Medley of “Racing In The Moonlight/Mr. Luck” are an interesting and precise ride though blues history.

Blue Highways is a prime example of why Colin James is so respected in his native country. It will hopefully gain him some new adherants in the United States. It is music worth  exploring.