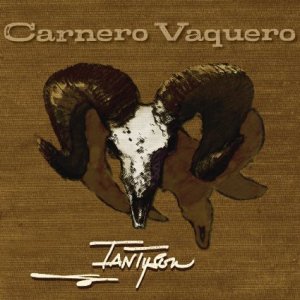 At the age of 81 most people are quietly retired, sitting in an easy chair, sipping margaritas, or some other beverage. Not so with folk icon Ian Tyson who continues to play around 40 concerts a year, manages his cattle ranch south of Calgary, and is about to release his 17th album.

Tyson’s career began in 1959 as a part of the folk duo Ian & Tyson, which were an important part of the 1960’s folk revival movement. They moved to Nashville in the early 1970s and experimented with a primitive folk/rock sound. Since their break-up in 1975, Tyson has gravitated back to his native Canada and has settled into a country/folk niche with an emphasis on country and western stories and music.

The title of his new album, Carnero Vaquero, is Spanish for ram and cowboy. It sets the tone for his stories of the Canadian west. Rotating between original compositions and covers, he presents a laid back album of authentic and soulful tunes.

He includes a bright remake of the early 1960’s Ian & Sylvia song, “Darcy Farrow.” The imagery of “Wolves No Longer Sing” transports the listener to a different place and time. “Doney Gal” is an old traditional folk song that he updates to his western style.

He adds a number of new compositions to the mix. “Will James,” “Cottonwood Canyon,” and “Jughound Ronnie” all represents the thoughts and feelings of a man approaching the winter of his life.

Tyson’s voice has a world weary feel, which suits his music well. It has miraculously recovered from when it was severely damaged in an accident in 2007. The album was recorded in an old stone building on his ranch and has a simple quality that is timeless.

Ian Tyson keeps rolling along producing a brand of music that has resonated for a half century. Carnero Vaquero is the latest chapter in his stellar career.