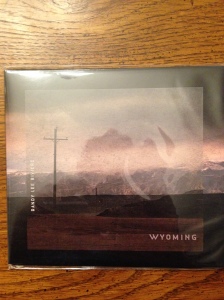 Country music is one of the most popular styles of music in the United States. It now has a smoothness that is far removed from the twang of Hank Williams and Patsy Cline.

Once upon a time there was a style called country & western. Two of the very different leading proponents were Marty Robbins with his Gunfighter Ballads series of albums and Bob Wills western swing music.

Randy Lee Riviere’s new album Wyoming re-visits and updates many of the elements of the Marty Robbins brand of country & western. His stories of the west are more panoramic and philosophical than Robbins and the music has a modern smoothness but the intent is the same.

The center of the album and his songs are his lyrics. Each song is like the chapter of a book that coalesces into a fulfilling whole.

However, it is the title track instrumental that takes the listening on a journey without lyrics..  It sums up the mood and textures of of the music and brings everything to a satisfying conclusion.

Lyrically, “Red Rain” that is an opus of the old west combining life, love, and violence. “Our Town” is a nostalgic and angry look at the changing west. “Morning” is about what will never be again, and so it goes through the 12 original tracks.

Riviere has returned to an oft forgotten style to produce an emotional and interesting album of music. It takes the listener on a satisfying journey through the modern-day west where folk, country, and rock elements coalesce into modern-day country & western. Somewhere Marty Robbins is smiling.