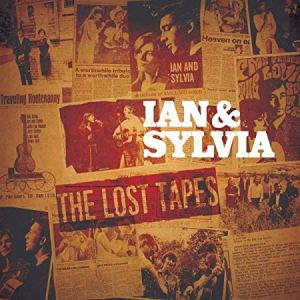 Ian (Tyson) & Sylvia (Fricker), both individually and as a duo, have been key artists in the Canadian music scene for over a half-century. They were also an integral part in the Greenwich Village folk revival scene of the early 1960’s. While they went their separate ways in 1975, they left behind a catalogue of folk music that has rarely been equaled in Canadian music history.

Their new album began with some spring cleaning by Sylvia, which unearthed a box of long misplaced concert tapes from the early 1970’s. These missing performances have now been released as a 2-CD set titled The Lost Tapes.

Ian & Sylvia’s new album will mostly appeal to fans of the duo or of the folk music scene of the 1960’s. While the audio is not up to modern standards; it does provide a nice glimpse into their music and concert style.

Disc one is the more traditional of the two. It consists of traditional songs and country classics including Ian Tyson’s most famous composition “Four Strong Winds.” Songs such as “Will The Circle Be Unbroken,” “Crazy Arms,” “When First Unto This Country,” and “Nancy Whiskey” are all staples of the late sixties folk scene. Ian & Sylvia had a unique vocal style so it is interesting to hear their interpretations of these old tunes.

Disc two contains 13 previously unreleased performances. Many of the songs are not usually associated with the duo or folk music. It allows them to explore material beyond their norm and shows their willingness to take some chances in concert.

Today, Ian & Sylvia are sometimes an after thought in the folk revival movement but The Lost Tapes will hopefully bring their legacy some new attention. 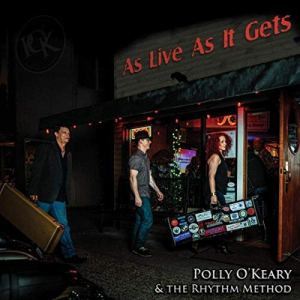 As Live As It Gets

The fist commandment of a blues musician should be, “Thou Shalt Issue A Live Album.” Studio releases are fine but they do not present a complete picture of a musicians style and talent. A live release, without any studio tinkering after-the-fact, is a personal statement.

Bassist/singer/songwriter Polly O’Keary and her band Rhythm Method; guitarist David Miller and drummer Tommy Cook, have now released their fifth album and first live release As Live As It Gets.

A concert setting finds the group relaxed as they re-interpret many of their previous released songs. The ability to adjust and improvise their material gives the material new textures and nuances. Original songs such as “Red Light,” “Hard Act To Follow,” “Gather Round Me Angels,” and “Sugar Daddy” take on new life.

The band is more raw and basic than in the studio, which is typical of many blues bands.

As Live As It Gets is an intimate introduction to a hard working band. 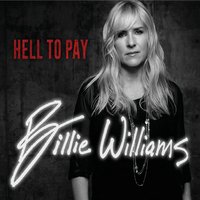 And God Said, “Let Her Sing The Blues,” and it was good.

Billie Williams has one of those voices that was made for the blues. It is powerful. emotional, and the perfect vehicle to tell he stories. She has just released a new album titled Hell To Pay.

She wrote 10 of the tracks and co-wrote the 11th and some have a little bite. “Ten Million Sisters” is a feminist ode, while the title track speaks of the divisions in our country.

She surrounds herself with a full bad, and a brass section but it all comes back to her voice.