Tullie Brae has one of those just voices made for the blues.

She accompanies herself on various keyboards, slide guitar, and cigar-box guitar, which I haven’t heard in quite a while. She also surrounds herself with and array of musicians, including a string section, which not only provides support but fills in the sound.

Despite the lyrics and her backing musicians, it all comes back to her voice. Revelation is a blues coming out party for a unique vocalist and blues artist.

If you are a horn section and want to release an album, you better have a lot of friends, which brings us to The Texas Horns.

Mark “Kaz” Kazanoff, John Miles, and Al Gomez are The Texas Horns. They have established a reputation as one of the best brass sections working today. They have now taken a leap of faith and stepped forward to release their own album titled Get Here Quick. They have also written all the tracks, which is unusual for a brass section.

They have assembled an array of musicians, including guitarists, bass players, keyboardists, vocalists, and drummers to front the band. This allows the trio to functions as both a classic backing brass section, and an improvisational unit.

Their sound cuts across styles. There is blues, especially when Ronnie Earl is the guitarist, Americana, some rock and roll, and jazz.

Get Here Quick is an album that can be appreciated track by track. Grab a copy and let the music flow. 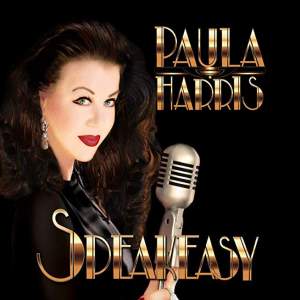 Imagine a smoky lounge about a half-century ago. It is a basic band of piano, drums, and bass. As Paula Harris begins to sing, the crowd quiets.

Paula Harris is a composer and singer who has a connection with jazz and blues of a by-gone era. Whether her own compositions or choice covers; her soulful voice is perfect for old time jazz with some blues thrown in for good measure.

Her backing band of pianist Nate Ginsberg, bassist Rich Girard, and drummer Derrick Martin are veteran unit who lay down a basic sound that connects with her style well, plus they are adept at keeping.  her voice front and center.

The most inventive track is her re-imagining of Thelonious Monk’s “‘Round Midnight.” She is true to the music but composes new lyrics, plus adds trumpet player Bill Ortiz to give it an authentic feel. Add in Louis Jordan’s “Is You Or Is You Ain’t My Baby,” and jazzy original tunes “Soul-Sucking Man,” “Haunted,” and “You Don’t Look A Day Over Fabulous” and you have an album of excellent music.

Speakeasy is an album where the past and present day intersect. Grab your favorite beverage, turn the lights down low, and relax.

Fleetwood Mac went into the studio to create a new album, but countless delays and Stevie Nicks not being available due to her solo career finally pushed Lindsey Buckingham and Christine McVie to change direction and issue a self-titled duo effort. Mick Fleetwood and John McVie comprise the rhythm section, so in actuality four-fifths of Fleetwood Mac were involved in the project. The only other musician was keyboardist Michael Froom.

McVie and Buckingham complement each other well. McVie tends to keep Buckingham’s solo excesses under control and Buckingham brings out the best in McVie and gives her music a little more bite.

Lindsey Buckingham Christine McVie is an album that grows on you. Many aspects of the Fleetwood Mac sound are present but there is a sparseness to the sound in many places. The elimination of Nicks from the equation enables McVie to be the main vocalist and allows them to create their own music without including just a vocalist.

They are at their best when it is McVie’s melodies and voice and Buckingam’s guitar tying everything together.

Christine McVie centers the key tracks. “Red Sun” is an up-tempo ballad that has McVie providing a wistful vocal, while Buckingham creates simple but effective guitar lines that fills in the gaps. “Too Far Gone” has a rock foundation curtesy of bassist John McVie and drummer Mick Fleetwood, but the vocal by Christine McVie is finds her reaching back to her Chicken Shack days with a blusey performance. “Game Of Pretend” is basically McVie and her piano.

Buckingham has always been an under rated guitarist. He shines on many of the tracks, plus his voice combines with McVie’s to create exquisite harmonies in places.

It’s amazing what an old Ampex tape machine and a few guitars can produce.

The CD cover picture makes Adam Holt look like an old and grizzled bluesman, which in many ways is correct. However, it belies his soulful, and almost gentle voice.

His new album, Kind Of Blues, is a personal release, that moves outward from a blues foundation toward country, Americana, and some good old rock and roll. The nine original compositions trace his personal journeys through life, set to music. Separation, corporate America, equality, and ultimately faith. all combine together to form  relevant and well thought-out album of music.

Adam Holt has produced another sold album of music. Kind Of Blues is recommended for anyone who likes their music introspective and passionate, plus has a little bounce to it.