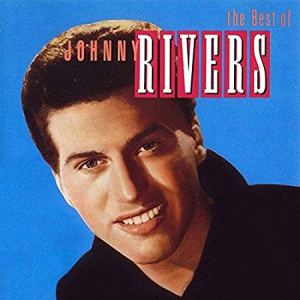 The Best Of Johnny Rivers

Johnny Rivers rose to fame as the house band/artist at the Whiskey-A-Go-Go Club in Los Angeles during the mid 1960’s. During the next 15 years he would sell 30 million records, place nearly two-dozen songs on the Billboard Top 100, and establish his own record label.

River’s albums were better than the norm for his era, but it was his single releases that set him apart. His ballads and up-tempo pop songs were perfect confections for AM radio play. His songs have been re-released in a number of forms but the best introduction to his music is the 1990 release The Best Of Johnny Rivers. It gathers together most of his hit singles to create a picture of mid-1960’s-to early 1970’s pop music. He may not have changed the course of American music but he made it a lot more enjoyable.

It was his own songs, however, that solidified his career. “Secret Agent Man” from the TV series and “Seventh Son” are perfect light weight sixties radio fare.

Despite the energy of his up-tempo material, it was his ballads that were his most popular songs. “Baby I Need Your Lovin.'” “Summer Rain,” “The Tracks Of My Tears,” and the number one “Poor Side Of Town” remain good listens a half-century after their release.

The final two hits of his career were rockers. Covers of Huey Lewis’ “Rockin’ Pneumonia” and Carl Perkins “Blue Suede Shoes” brought some life to these often covered classics.

Johnny Rivers has been playing the oldies circuit for year and is mostly remembered by the generation that matured in the 1960’s and 1970’s. His music remains his lasting legacy and when the best of his recordings are gathered together, it remains a memorable listening experience.

The Beach Boys With The Royal Philharmonic Orchestra

The Beach Boys With The Royal Philharmonic Orchestra

There has been a recent deluge of albums of previously released material with newly added backing by orchestra’s. Elvis Presley, Roy Orbison, Oasis, Pete Townshend, George Michael, and many more have had their music re-released and re-imagined with orchestral backing. The Beach Boys are the latest to have their material undergo this transformation.

When releasing material in this manner, there is a tension between the commercial and creative. Most major artists have had their songs released in many ways and configurations and an orchestra added to the original recordings is another way for music company’s and the copy right holders to make some extra income. On the other hand, doing the best creative job possible adds to the commercial appeal.

The Beach Boys With The Royal Philharmonic is the latest in the orchestral backing sweepstakes. It is a mixed affair with pros and cons.

One of the positives is the sound. While many of the songs were recorded with the technology of about 50 years ago; Brian Wilson was a genius in the studio and his recordings are impeccable. The sound is crystal clear and the vocals are up front, which puts the emphasis on the harmonies.

The ballads seem to work better than the faster songs. “The Warmth Of The Sun,” “In My Room,” “God Only Knows,” and the album’s best track, “Disney Girls,” are excellent as the new backing add new textures and dimensions to the sound. More rockish tracks such as “Fun Fun Fun,” “Help Me Rhonda,” and a ramped up version of “Darlin'” are less successful as the fusion is more difficult.

Anything interesting by The Beach Boys is worth a listen but The Beach Boys With The Royal Philharmonic is not essential. The major problem is songs like “California Girls,” “Good Vibrations,” “Help Me Rhonda,” and “Fun Fun Fun” are 1960’s pop perfection and sometimes that is enough. 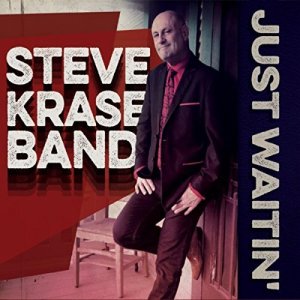 The harmonica is such a simple instrument. Just about anyone can get sounds from the it, but to play the harmonica well, takes years, and sometimes decades, of practice. Very few musicians gain elite status, which brings us to Steve Krase.

Krase is basically a bluesman and a harmonica player extraordinaire, who has expanded his vision and sound on his new album Just Waitin.’ His selection of material forces him outside his comfort zone as covers of Hank Williams, The Beverly Hillbillies, plus classics from Howlin’ Wolf and Walter Price populate the album.

He uses a basic backing band of guitarist David Carter, bassist Rick Romano, and drummer Tamara Williams. There maybe an accordion here and some extra percussion there, but overall the sound is stripped down and provides a solid foundation for his vocals and harp excisions.

One of the best and quirkiest tracks is his cover of the Beverly Hillbillies theme song “The Ballad Of Jed Clampett.” The accordion gives it a Zydeco feel but the rest of the band connects it to the blues.

“My Baby Walked Out On Me,” “All In The Mood,” and “Nobody Loves Me” are classic blues songs with an edge. At times the band can rock, which provides a nice fusion of styles and sounds.

Krase is one of those veterans who populate the modern blues scene. He is constantly on the road plying his trade. Just Waiting’ is an album that deserves to bring him some mass commercial appeal. An excellent blues album, especially for anyone who appreciates the harmonica.

In The Boys House, Kat Riggins 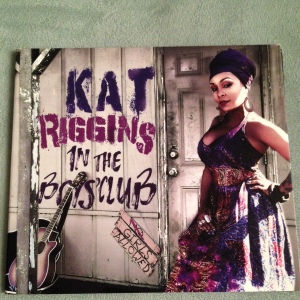 In The Boys’ Club

Sometimes the best things come on small packages. So it is with the dominative Kat Riggins and her new album In The Boys’ Club.

Riggins may be small in stature but more than makes up for it with her big, powerful voice. Add in her ability as a song writer and you have one of the bigger blues talents working today.

Her albums always have an edge and sass to them. She is a woman blues singer in a field where most of her contemporaries are male. As such, she brings a female perspective to her music. That perspective is on display in the title song, “A Girl In The Boys’ Club.” “Uh oh fellas, there’s a girl in in the boys’ club,” just about sums up her attitude and approach to the blues.

She is a southern blues singer and has a gritty nature to her voice. While there may be some modern elements to her music, she is at heart a traditional blues singer. “Kitty Won’t Scratch,” “Don’t Throw Me Away,” and “Cheat Or Lose” may have a backing band but there is an elemental quality to them that connects them to the Southern Delta, the cradle of the blues.

Riggins is now well into her career and she has settled nicely into her role as a female voice of the blues. In The Boys’ House an excellent album for any aficionado of the blues.

The album features 11 original compositions that explore various facets of their life’s journey. Whether its the subject of love, the lack of morals and ethics around them, or simply getting through life; their vocal duet approach presents the songs with passion and finesse.

Their music is blues centered but it extends into soul and Americana. Backed by veteran musicians, their approach and sound is a reminder of days past.

The Lucky Losers have spun some new tales to be explored and appreciated. Blind Spot is worth while stop on their continuing journey through the highways and byways of life.

Since the death of Alex Chilton, there is been a proliferation of Big Star releases, both solo and as a band.

There has not, however, been many live releases by Big Star. Nine years ago Live At Lafayette’s Music Room was a part of a box set. It now returns as a stand alone and remastered release.

The 19 tracks set draws on material from their first album and unreleased second. The interesting dynamic is they performed as a trio and so had to compensate for Bell’s absence. It gave the music a different twist as the three musicians had to stretch to create their signature sound.

Another interesting dynamic  is they were the opening act for the soul group Archie Bell & The Drells. The sparse audience was a soul crowd and the reaction to Big Stars set was minimal.

The harmony parts are a stretch at times as there is a voice missing. The lead vocals are fine and the band compensates for the missing guitar parts. They wisely add in covers by the Kinks, Todd Rundgren, The Flying Burrito Brothers, and T. Rex, which are geared to the three of them.

The sound has been remastered but it is what it is. Why this odd and obscure concert was recorded in the first place remains a mystery.

Live At Lafayette’s Music Room is a glimpse into an unusual period of the Big Star Story. It should be a fan pleaser but for an introduction to the band, any of heir early studio albums is superior.