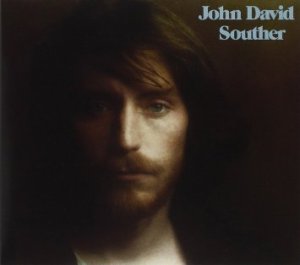 J.D. Souther’s career began when he moved to California, took up the guitar at the age of 22, and formed a band with Glenn Frey. They may not have had any commercial successes but by the early 1970’s they were both signed to the new Asylum label; Frey as a member of the Eagles and Souther as a solo artist.

His self-titled 1972 debut album was typical of that he would release for the rest of his career; Home By Dawn being the one exception to the formula.

He was and is an artist who helped define the early country/rock era. The Eagles were part of the early movement but emphasized the rock element while Souther took a more gentle approach. The writing style, which would lead him into The Songwriters Hall Of Fame, was already beginning to emerge as his incisive and storytelling lyrics were set to smooth up-tempo rhythms and aching ballads.

He is always at his best when he travels in an upbeat direction. “Run Like A Thief,” “Jesus In ¾ Time,” “Kite Woman,” and “Some People Call It Music” are placed in a row on the album and their catchy melodies and toe-tapping beat helped establish the country/rock fusion style of music. They would set the stage for his brief foray into rockabilly a decade later.

It is his ballads that have been covered by dozens of artists, most prominently former girlfriend Linda Ronstadt and the Eagles. The second half of the original release was a counterpoint to the first as “It’s The Same” and “Out To Sea” were the first to establish him as a first rate balladeer. The album closer “Lullaby” is just his voice and guitar in a sparse and satisfying performance.

Six of the seven bonus tracks are demo versions of completed tracks that are interesting only for those interested in his creative process. The seventh, “Kite Woman,” is an alternate version of the song contained on the album.

His debut album may not have been commercially successful but it proved that a new quality songwriter was on the scene. In some ways it is an artifact from its era but ultimately a very satisfying one.